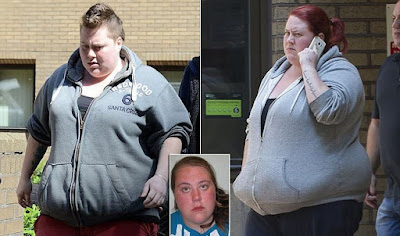 A fantasist who made up bogus rape and sex assault claims against 15 men in three years for 'attention' has been jailed for 10 years.

Jemma Beale claimed to be a lesbian with 'no desire' to sleep with men, and lodged deceitful complaints to police that led to one of her victims, Mahad Cassim, serving two years in jail.

Beale, from west London, was even awarded £11,000 in compensation while Mr Cassim languished behind bars.

She told police Mr Cassim raped her after offering to give her a lift home - but in fact she got out of the car and told him: 'Get your pants down.'


The 25-year-old would injure herself and use self-inflicted cuts and bruises against the 15 victims she falsely accused of sex attacks - including one who fled the country with his life in tatters.

She insisted she had been raped or attacked but after a five-week trial at Southwark Crown Court a jury of six men and five women took eight hours and 45 minutes to find her guilty of perjury and perverting the course of justice in July.

Sentencing her yesterday, Judge Nicholas Loraine-Smith said: 'This trial has revealed, what was then not obvious, that you are a very, very convincing liar and you enjoy being seen as a victim.

'The prosecution described your life as a "construct of bogus victimhood".' Unimaginable