Senate Bill On Illegal Recruitment Will Get Quick Passage – Saraki

Senate Bill On Illegal Recruitment Will Get Quick Passage – Saraki 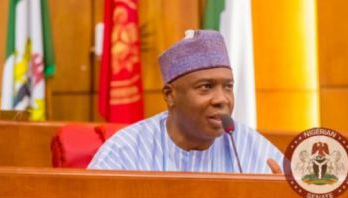 The President of the Senate, Bukola Saraki, has said that the Senate will accelerate the passage of a bill that will curb the rate of illegal recruitment in government agencies.

Mr. Saraki said that the bill titled, “Existing Vacancies in the Federal Civil Service (Prohibition) Bill” will be one of the bills that will receive accelerated passage upon the resumption of the National Assembly.

In a statement signed by his Special Adviser on Media and Publicity, Yusuph Olaniyonu, Mr. Saraki said that the Bill, which is currently due for Second Reading, will be given priority as one of the Senate’s legislative interventions to curb the increasing rates of illegal recruitment into federal government agencies and parastatals. Good, Good one!