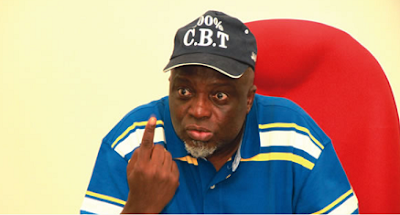 Some Vice-Chancellors and the Academic Staff Union of Universities have rejected the decision of the Joint Admissions and Matriculation Board to peg admission cut-off mark at 120 for universities and 100 for polytechnics, monotechnics and colleges of education.

ASUU said the action, which it described as a “sad policy decision,” was in tandem “with the dream of the present government to destroy public universities in the country.”

Most of the vice-chancellors Punch interviewed on the issue maintained that they would not lower admission standards in their respective varsities.

The vice-chancellors stated that the decision would add no value to the nation’s university system.


For instance, in a statement issued by the Vice-Chancellor, University of Ibadan, Prof. Idowu Olayinka, on the issue and released by his Media Assistant, Mr. Sunday Saanu, on Thursday,  the premier university stated that it would never admit any candidate that scored 120 in the UTME.

The statement added, “It should worry us as patriots that candidates who scored just 30 per cent in the UTME can be admitted into some of our universities. Yet, we complain of poor quality of our graduates. You can hardly build something on nothing. The consolation here is that since JAMB started conducting this qualifying exam in 1978, UI has never admitted any candidate who scored less than 200 marks out of the maximum 400 marks.

“This translates to a minimum of 50 per cent. This remains our position as an institution aspiring to be world-class. Reality is that only about four other universities in the country have such high standard. To that extent, apart from being the oldest, we are an elite university in the country at least judging by the quality of our intakes.’’