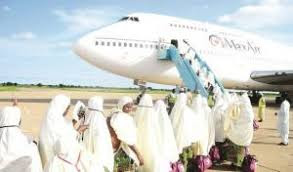 A pilgrim from Katsina State, Hauwa Muhammad, has been duped $800 in Madina, Saudi Arabia. Hauwa, who hails from Kankara, Malumfashi zone, was swindled of the money by a fraudster who posed as an official of the Katsina State Government.

She said the swindler told her that he was disbursing additional $100 to pilgrims from the state, and that she should give him her envelope containing her money in order to put her own share inside.

“The fraudster said I should bring the envelope so that he will put together all the money for me.

‘’I decided not to give him, but he insisted, and I later gave him the envelope. ‘’When I realised that he wanted to dupe me, I asked him to give me my money, and he gave me the envelope and went away.


‘’It was after he had disappeared that I was told that what remained in the envelope was only $9 ,’’ the victim said.

The Amirul-Hajj of Malumfashi zone, Alhaji Yahaya Auwal, described the incident as unfortunate.

Auwal lamented that the swindle occurred in spite of several advice and warnings to the pilgrims to be wary of such criminals in the Holy land.

“It is unfortunate that our pilgrims are becoming victims of such circumstances day and night in spite of enlightenment efforts and warnings.

‘’We will continue with the efforts and also continue to pray to Allah to protect our pilgrims against fraudsters,’’ he said.