13-Year Old School Girl Hangs Self After Row With Mom

13-Year Old School Girl Hangs Self After Row With Mom 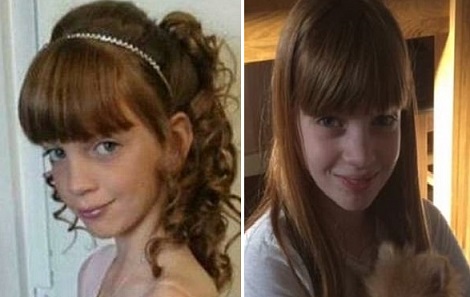 A schoolgirl hanged herself in her bedroom just hours after a row with her mother during half term.

Chloe Morris, 13, from Bristol, was found dead by her step-father Anthony, after having an argument with her mother Alison Alford on May 30.

Alison cut her down, before the girl's father performed CPR to attempt to save her life. Paramedics arrived at the scene but were not able to save her.

The Year Eight pupil at Bridge Learning Campus was described as a 'beautiful wonderful friend'.  A report written by Dr Saras Hosdurga said she had not shown any signs of mental health issues, which was reiterated by her GP, according to the Daily Mirror.


The report said Chloe had a minor argument with her mother that afternoon.

Detective Sergeant Matthew Brain said the teenager's motivation to kill herself was 'unclear'.

Senior coroner for Avon Maria Voisin said: 'Chole died as a consequence of her own actions but her intentions are unknown.'

A narrative conclusion was recorded at Avon Coroner's Court at the inquest today.

Her school headteacher Keziah Featherstone paid tribute in a newsletter.

She wrote: 'We would like to extend our sincerest condolences to Chole's family and friends at this very sad time.

'She was a very popular girl with close friends and was an excellent student making great progress.

'We would chat at lunch time, she won awards, she had amassed an incredible amount of VIVOs and she was always with her friends, happy and laughing.

'The school will miss her, and I shall miss her a great deal.'