Trouble Still In Ogun PDP, As Makarfi Says One, Kashamu Says Another

Trouble Still In Ogun PDP, As Makarfi Says One, Kashamu Says Another 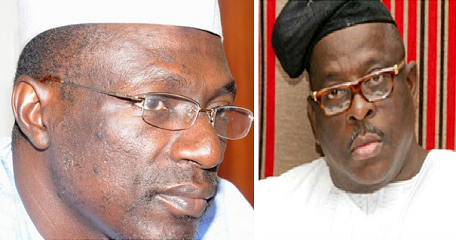 A senator, Buruji Kashamu, has vowed to contest the inauguration of a caretaker committee for Ogun State chapter of the Peoples Democratic Party, PDP.

The caretaker executive was installed in Abuja on Wednesday by the PDP caretaker chairman, Ahmed Makarfi.

Tunde Odanye, a politician from Osun State, was named as the head of the caretaker executive in Ogun State, with a mandate to conduct statewide congresses within three months.

The congresses would produce substantive new leadership for the party at local and state level.


But Mr. Kashamu, representing Ogun East Senatorial District, said the move was one sided and an affront to the judiciary. He argued that the hitherto state executive secured a court order that it must not be dissolved.

The Abuja Division of the Federal High Court in an August 11 order said the executive, which was led by Mr. Kashamu’s associate, Bayo Dayo, should be recognised as a legitimate body by the PDP national executive.

The court also ordered that Mr. Dayo’s members be allowed to participate at the party’s non-elective convention held on August 12 in Abuja.

It was at the convention that Mr. Dayo’s executive was dissolved, a move that was followed with yesterday’s inauguration of a caretaker executive.

Messrs. Kashamu and Dayo, as well as other politicians loyal to the erstwhile PDP faction led by Ali Sheriff, stayed away from the non-elective convention, which held against the backdrop of last month’s Supreme Court ruling that confirmed Mr. Makarfi as the authentic leader of the PDP.

Mr. Kashamu has maintained that the Supreme Court ruling was silent on the protracted supremacy tussle that has beset the PDP leadership in the South-West for more than two years.

The party has been torn between Mr. Kashamu and former Governor Gbenga Daniel, who has the backing of Kessington Adebutu, a lottery businessman and financier of the party.

He argued that the new caretaker committee was packed with loyalists of Messrs. Daniel and Adebutu, with the exception of chairman and secretary who were tapped from outside the state.

Ariyo Folabi, the caretaker committee’s secretary, is from Ekiti State.