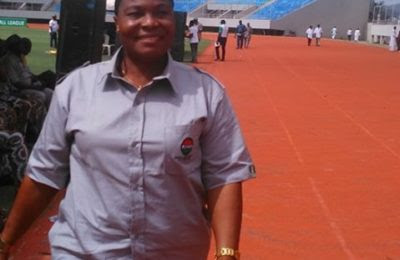 Mrs H.O.K. Lawal has been appointed as the substantive Head of Service of Kogi State. The Director General on Media and Publicity to the Governor, Kingsley Fanwo announced this while briefing newsmen at the end of the weekly State Executive Council in Lokoja.

He said the Governor approved the appointment to replace the retired former Head of Service of the State, Dr. Moses Atakpa.

"The Executive Governor of Kogi State, Alh. Yahaya Bello has approved the appointment of Mrs H.O.K. Lawal ad the Head of Service of the State. She is to replace the retired former Head of Service, Dr. Moses Atakpa.


"While thanking the outgone Head of Service for his service to the state, he charged the new Head of Service to ensure the fruition of the ongoing reforms in the Civil Service of the state for optimal service delivery. He said the success of his administration depends largely on the efficiency of the civil service".

Mrs Lawal thanked the Governor for the confidence reposed in her and pledged to lead a well motivated and disciplined civil service. He said the entire civil servants in the state will key into the New Direction Agenda of the administration to take the state to new heights.