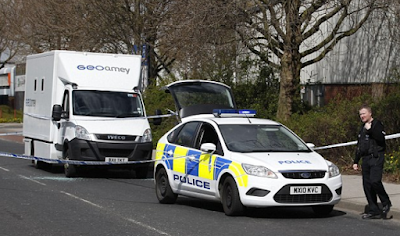 Twenty awaiting trial prisoners have escaped after a group of armed men ambushed their vehicle while en route to prison.

Lieutenant-Colonel Lungelo Dlamini said on Wednesday the prisoners were being transported back to "Sun City" prison, south of Johannesburg, after appearing in court on Tuesday afternoon.

The truck was ambushed on Pat Mbatha Road near the Southgate train station by a group of men armed with rifles.

Dlamini said the men broke a lock to the truck, and freed the prisoners. One of the prisoners was already sentenced to 17 years imprisonment after he was convicted for an armed robbery.

Police were still searching for the prisoners and the armed group. Police appealed to anyone who might have information about the suspects who ambushed the truck and the whereabouts of the prisoners to contact Crime Stop on 08600 10111.