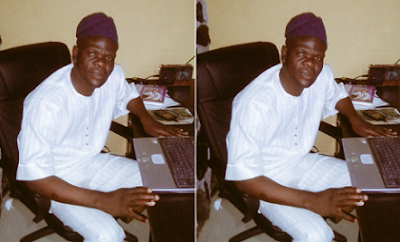 An Oyo State High Court today has granted bail to an Ibadan-based broadcaster, Oriyomi Hamzat, and four others accused of the murder of a teenager. Justice M.I. Sule granted each defendant bail in the sum of N2 million with two sureties in like sum.

Mr. Sule said one of the sureties must be a civil servant on Grade Level 14 while the other must be a business man.

He said Peter, who had been an inmate at a home owned by the Make a Future Alive Initiative, an NGO owned by Mr. Hamzat, was found dead at the home.

Mr. Fatola said the alleged offences were committed on July 21 at about 4. a.m. at the home at Oremeji Agugu, Ibadan.

The plea of the defendants was not taken by the court. We guess it's time Mr Hamzat speak up on the cause of the boy's death. He runs an NGO, he helps people, what killed the boy. Say your story!