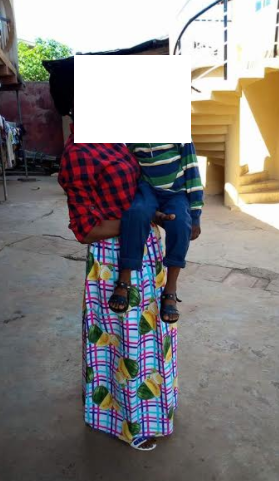 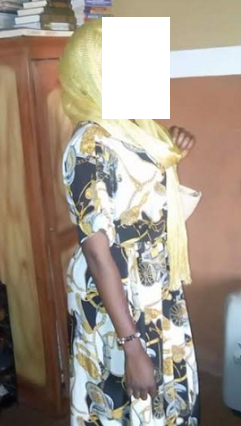 Lol, what won't we hear online. Abeg, i cant shout. So I will cover her face and won't post her surname, because we have not heard her own part of the story. My people, if you ask her, she will also have a thing to say. Here goes,

So there is a Muslim sister online who people have accused of being a fraud. According to the sender of the mail, she has duped several people. Infact, I am sure, the sender is also a victim, cus he sounds pained! He says, her name is Baraka (Surname withheld) and she is married to a guy in Ilogbo, near Ota in Ogun State.

He says she claims to men online that the father of her little boy has abandoned her to marry another lady. Barakat later relocated to a far town in Oyo State and continued with her alleged trade- lying to men to gain sympathy for money. Some have sent her millions in he process and the sender of the mail ended it this way;

She has succeeded in scamming many men of over two million Naira. Some have gone as far as promising her marriage, after collecting all, she will pretend  to be sick. If you try to call her she will not pick. Please she and many other girls are involved in this awkward and barbaric act. She scammed one Mr. segun from surulere of over five million Naira  who now went on the same social media to expose her, ..... Beware, beware,  beware.......