Stephen Belafonte WINS Latest Round Of Legal Battle With Mel B

Stephen Belafonte WINS Latest Round Of Legal Battle With Mel B 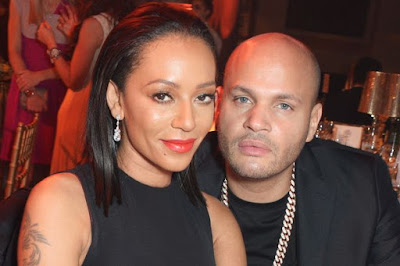 Stephen Belafonte has won the latest round of his ugly legal battle with Mel B. A judge has ruled the Spice Girl's ex can apply for custody rights over her 10-year-old daughter Angel, her second youngest child with actor Eddie Murphy, if he wishes.

Belafonte is not her biological father but claims he has played an important role in raising her and will ask for visitations rights in the future.

Stephen and Mel married in 2007 but announced plans to divorce in March 2017. Approving the request at the latest court hearing in Los Angeles, Judge Riff said: "Mr Belafonte claims it's in the child's best interests for him to have contact, frequent and continuing, with the child he says he raised from an infant.


"The petitioner (Mel B) says it is clearly not in that child's interest. "Those are the assertions."

Mel B's lawyer Susan Wiesner accused her ex's legal team of "grandstanding to the media" during a bitter hearing.

She asked the judge to reject the motion and order Belafonte to take up his custody battle over Angel in a different court - the one which decided parental rights for Eddie Murphy and Mel B.

That case remains under seal and closed to the public.

"Angel has the right to privacy," Ms Wiesner argued."Like it or not, he is not the parent.

"Mr Belafonte is going to file a paper that's going to the media."You're opening a Pandora's box." The reality is that this is going to become even more of a circus."

But the judge agreed his court is the appropriate place for Belafonte to file for visitation rights.

He indicated he may close the court if and when that happens.