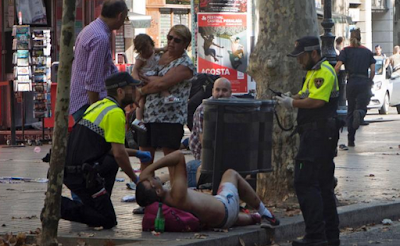 That can just touched every country. Citizens from at least 24 countries have been injured or killed in the van attack in the Las Ramblas area of Barcelona and the coastal town of Cambrils.

As of this morning, the death toll stood at 13 but numbers of those injured has increased to 100 according to local reports.

Sadly, the youngest victim of the attack is 3. She was rushed to the hospital shortly after the attack but succumbed to her injuries.