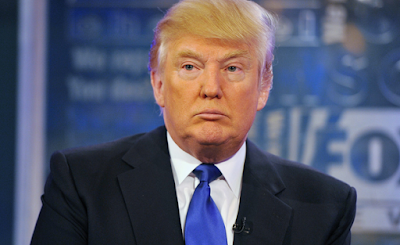 Donald Trump has also responded to the Barcelona attack by reviving an already debunked anecdote about a US general dipping bullets in pig’s blood to fight Islamic militants over a hundred years ago.

After a relatively conventional response to the attack in which he went on to Twitter to call on the people of Barcelona to be “tough and strong” and offer US help, he posted another, tweet 45 minutes later saying: “Study what General Pershing of the United States did to terrorists when caught. There was no more Radical Islamic Terror for 35 years!”

The tweet echoed a highly dubious claim Trump made at an election rally in South Carolina in February 2016, in which he talked admiringly about a counter-insurgency in the Philippines conducted by General John Pershing between 1909 and 1913, when he was governor of Moro province.


He said at the rally:

They were having terrorism problems, just like we do. And he caught 50 terrorists who did tremendous damage and killed many people. And he took the 50 terrorists, and he took 50 men and he dipped 50 bullets in pigs’ blood — you heard that, right? He took 50 bullets, and he dipped them in pigs’ blood. And he had his men load his rifles, and he lined up the 50 people, and they shot 49 of those people. And the 50th person, he said: You go back to your people, and you tell them what happened. And for 25 years, there wasn’t a problem. Okay? Twenty-five years, there wasn’t a problem.

This account of Pershing’s actions has circulated on the internet since 2001, but US historians say there is very little if any evidence to support it.