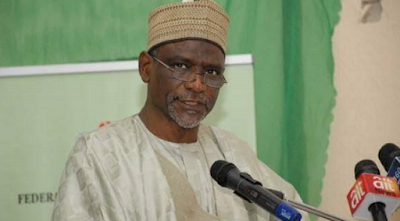 The Minister of Education, Adamu Adamu, on Wednesday admitted that the Federal Government failed to meet its part of the agreement reached with the Academic Staff Union of Universities last year, which led to the ongoing industrial action called by the union.

He, however, said the government was not happy that ASUU embarked on the strike without following due process by giving an adequate notice.

Adamu spoke with State House correspondents after the weekly meeting of the Federal Executive Council presided over by the Acting President, Yemi Osinbajo, at the Presidential Villa, Abuja.


The minister said government had realised that it made some promises to the union which it had yet to fulfil.

He said he would be meeting with leaders of the union later on Wednesday or on Thursday.

He expressed optimism that an agreement would be reached at the meeting and the strike would be called off.

The minister said he still stood by a position he took before being appointed a minister in which he described ASUU’s strike as a necessary tool to pressure the government to do the right thing.

He had said if ASUU had not forced former President Goodluck Jonathan, he would not have created the Tertiary Education TrustFund “without which the university system would have collapsed.”