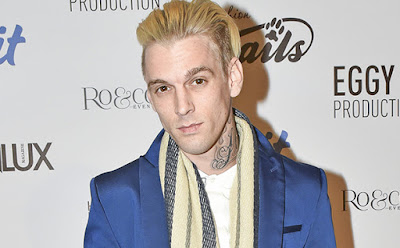 Lol, you know he just came out as bi? LOL, well Aaron Carter's life is spiraling out of control, and he's spreading lies about his former publicist to cover it up and that's according to a threatening legal letter obtained by TMZ.

Jon Lewandowski's lawyers fired off the ultimatum to Carter Monday, threatening to sue if he doesn't stop making "false, fabricated and defamatory statements."

According to the letter, Aaron's made claims that Lewandowski stole money from him and damaged his career.

Lewandowski's lawyers claim the opposite is true - that Carter actually owes him money for repping him as his publicist and manager. According to the letter, he had to sever ties with the singer due to his "increasingly alarming and reckless behavior," and because he made threats of violence.

The letter makes it clear Aaron needs to stop talking trash about Lewandowski - specifically to the media - or he'll face legal consequences.