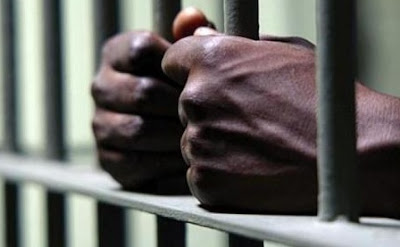 A 57-year-old primary school headmaster, Sule Yusuf, has been remanded in a Katsina prison following allegations that he had sodomised a four-year-old boy.

Yusuf was said to have committed the offence inside his office at Salihawa Primary School,Tunge-Zuri Village in the Musawa Local Government Area of Katsina State.

The headmaster has been slammed with one count of unnatural offence, which the police said was contrary to Section 284 of the Penal Code.

Yusuf appeared on Tuesday for ‘cognisance’ before a Katsina State Magistrates’ Court presided over by Falile Dikko.


The police told the court that the mother of the victim, Aisha Kabiru, reported the incident to the head of Tungen Zuri Village, Alhaji Kabir Hussain, who in turn informed the police.

The presiding magistrate told Yusuf that that cases of unnatural offence were “triable” only by high courts.

She nonetheless directed that Yusuf should be remanded in the prison custody until August 24, 2017 when his case would come up for mention.

Dikko said, “This court will not ask you whether the allegation against you is true or false as an allegation of unnatural offence is triable only by a high court.

The prosecuting counsel for the police, Inspector Sani Ado, had earlier told the court that investigation was still in progress on the case.