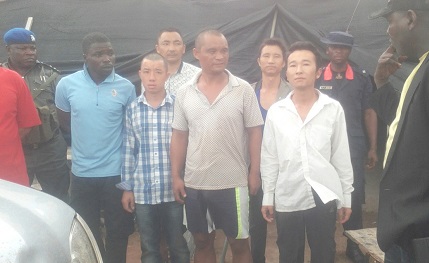 The Minister of Mines and Steel Development, Kayode Fayemi, has accused security operatives of aiding and abetting illegal mining activities in Plateau State.

Mr. Fayemi made the accusation while addressing security operatives in Kampani Zurak village in Bashar chiefdom of Wase Local Government Area of the state where 20 illegal miners, including eight Chinese citizens, were arrested on Monday on the order of the National Security Adviser, Ali Monguno.

“It is sad that security operatives are giving them (illegal miners) security cover. If not, why do people guard this site?” the minister said.


A Premium Times'  reporter observed three security checkpoints mounted by members of the Special Taskforce on Jos Crisis (STF) at the mining site.

“These miners are illegal. Government did not give them permission to do this, they are economic saboteurs.

“This cannot happen anywhere else in the world and we will not allow it anywhere in Nigeria. We do not want these miners,” a fuming Mr. Fayemi told the security agents.

The state governor, Simon Lalong, while addressing the gathering, said government would sanction any traditional ruler found to have connived with the miners to exploit the community.

Mr. Lalong, who was visibly furious over the activities of the miners, alleged that the miners excavate minerals from the site worth N5 billion monthly.

Reacting to the arrest of the illegal miners, the member of the House of Representatives for Wase, Idris Maje, urged that the arrested miners be bought to book.

He also advised that the sites be guarded against further saboteurs. 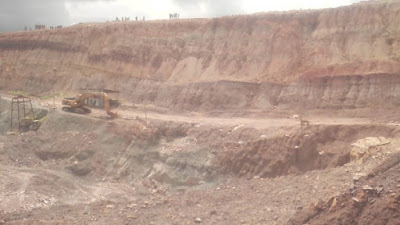