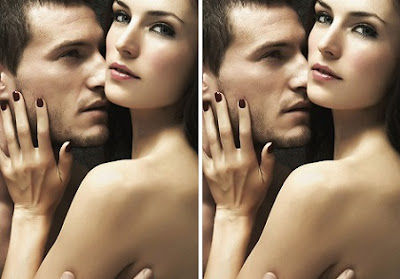 Strolling towards the Wimbledon tennis championships in my floaty designer dress, my hair freshly blow-dried, I felt 21 again — and my excitement had much to do with the fact I was hand in hand with a handsome, eligible divorcee eight years my junior.

The spectators’ area was brimming with loved-up couples enjoying the tennis and it seemed ludicrous that at 49, and a mother of four, I, too, was able to boast a new and exciting love match.

As we flirted shamelessly with each other, no one would have guessed I’d been married for 12 years and was in the throes of an affair with someone I’d met by chance weeks earlier.

In spite of my advancing years, the exhaustion from domestic drudgery and a distant worry I might not get back in time for the school pick-up, I felt more desirable than I had in ages.


I didn’t plan to have an affair. The day Charles walked into my life, I hadn’t been expecting him, or anyone else for that matter. I strongly disapprove of infidelity. I’d made my feelings clear on the matter when married friends confided in me that they were about to embark on a fling. It seemed an unforgivable deviation when children were involved — and I had four young children, the eldest only just 12.

Those four children were also the reason personal grooming had fallen by the wayside. I no longer bothered with the waxing, highlights, manicures and pedicures I’d booked religiously when I was dating the man who would become my husband.

What was the point? He barely noticed me; my marriage was in the doldrums. But I firmly believed I wasn’t free to seek satisfaction elsewhere. We’d taken our vows for better and for worse, and I’d had no intention of breaking mine — even if he had, several times.

Charles showed up one early July evening at the point when my marriage had hit rock-bottom. Over the winter my husband had suffered financial difficulties and work pressures and had withdrawn further from me and the children. When he did talk to me it was to belittle or criticise.

But on that early summer evening, when Charles and I first looked at each other as we cheered on our children at the local cricket club, there was no mistaking his interest. I’d had another furious row with my husband — he was always too busy, logged on to his computer, leaving me to deal with the childcare and household management.

Yet here was a devoted single father flashing me a smile and walking in my direction. The connection was instant. Maybe it was the summer heat, the prosecco and the thought of the long summer holidays stretching out before us that made the idea of an affair seem suddenly possible.

We chatted for an hour. I told him I worked part-time in film production, fitting it round school hours.

He told me how he’d decided to make the move from London to our village, where he’d enrolled two of his children in the same school as mine. About how he worked in law, and that now he was divorced, and shared custody of his children.

And then he told me how he loved waterskiing and asked if I would be interested in taking my kids along to join him and his children out on the lake one weekend.

I immediately said: ‘Yes, I would,’ knowing he was flirting with me. Rather than pull away as I normally would from a stranger’s advances, I moved into him, almost losing my balance, so that he steadied me. When our hands touched, it was electrifying.

Over the next few days I fantasised about this man I didn’t know. Then I’d pull myself up for being ridiculous. But the next Sunday’s waterskiing was the most fun I’d had in a long time.

We exchanged knowing glances as we helped our children on to the boat. And then, uninvited, he zipped up my wetsuit. As we splashed in the water I was already imagining a long-term relationship with this man. At the end of the day, I secured my youngest in her car seat, willing him to suggest another outing.

Immediately he texted me, ‘Shall we get our youngest together for a playdate on Tuesday morning?’ My legs were like jelly and I had to compose myself before setting off for home.

‘Yes, please,’ I texted back, before chastising myself for sounding needy, as though I had nothing better to do than hang out at the swings with a man I barely knew. The truth was I hadn’t.

Over the next two days, I found it difficult to eat. Then I started fretting about my hair. In middle age, my hair’s thinner than it used to be. I booked a blow-dry and manicure, hoping he hadn’t noticed my hands last time we met — my nails unpainted, the skin wrinkled with years of nappy changing.

Sitting in the salon, I planned my first deception, surprised I didn’t feel even a pang of guilt. That night, I Googled him. He was a senior partner at a firm in London, as he’d said. He was honest, at least. The downside? He was 41, eight years younger than me. I decided not to tell him my age.

Tuesday arrived and we met in the playground, talking about our life’s achievements, forgotten ambitions and hopes for the future. We dodged the subject of my husband and his ex. Somehow, there was an unspoken pact that they didn’t come up in conversation.

The very next day, using my friend Jo as an alibi, we arranged to meet alone for an early evening walk along a towpath. Charles wasn’t there when I arrived and for a second I considered turning around. But five minutes later he pulled up, full of apologies, wrapping me in his arms.

The relief I felt at that moment, that he did really feel something for me, made me burst into tears and when he leaned in and kissed me — the kind of kiss I couldn’t ever remember having — I didn’t give a damn that we were by a road and anyone could have seen us.

But we both knew it was risky seeing each other too regularly. Instead, we wrote each other seductive emails from secret accounts. No sooner had my children left for school than I’d frantically open the emails he’d written.

As we cheered our children on at matches, we could never let on there was anything more between us than the mutual bond of parenthood.

He had a reputation as a family lawyer to maintain. The last thing he wanted was to be perceived as was a ‘marriage breaker’, and so our relationship had to be kept a secret in order for us to survive.

And we were most definitely an ‘us’. I was elated when early on he’d started emphasising the us in his conversations. ‘I like the sound of “us” ’, he would write in his emails. ‘I want there to be a lot more “us”. ’ He had such a poetic way with words, while my husband only ever communicated in bullet points.

Through the heady weeks up to that day he whisked me to Wimbledon, I was permanently poised at the computer waiting for his lovely words to wash over me.

He’d wake at 5 am, cram a morning’s work in, and we’d snatch afternoons together, strolling through countryside, kissing against trees and chasing his dogs through woodland.

I would park my car at the village green, half a mile from his remote house, and we’d prepare lunch together, eating it on his terrace, sipping rose and toasting our future — whatever that was.

The idyll would end at 3 pm when we would leave separately and head towards the school gates, and when term ended, to the sport club’s holiday camp, careful not to make eye contact in view of other parents. Soon, we turned up at the same evening events, slipping off together to steal a quick kiss.

It was guilt on both our parts that kept us from consummating our blossoming relationship for so long. For me, too, it was the shame of exposing to someone new my body that had endured four pregnancies, years of breastfeeding and abdominal surgery. How I wished the new, youthful me had a body to match.

In the days that led up to our Wimbledon date, we’d started sexting into the early hours of the morning. I’d always looked down on this as a sordid, teenage pastime, but as we became more and more uninhibited in our language, the intimacy between us moved up several notches.

So when, on that day at the tennis, Charles squeezed my hand and whispered. ‘Stay with me tonight,’ I was hit by that pit-of-the-stomach yearning and impatient anticipation.

On the 90-minute journey home he seemed breathless and his left hand lingered on my leg. The desire between us had reached boiling point.

I called my husband and asked him to collect the children from their after-school clubs and organise supper and bedtime. I’d been invited to a film premiere in London, I lied, and would spend the night with a friend.

Charles hastily arranged sleepovers for his children and no sooner had we pulled into his driveway, he practically carried me out of the car and in through the front door.

He was a wonderful, patient lover, understanding of my fears that no man had touched me since I’d started dating my husband. His tenderness erased any guilt or feelings of self-consciousness about my dimpled skin and caesarean scar.

This was nothing like the kind of tawdry affair I’d frowned upon. This was a true, loving relationship, I told myself.

I believed at that moment we could make a real go of things, that I would leave my failed marriage for this adoring man. We playfully talked about how we’d merge our two families as one and all live in his pile.

But not long after, meeting up with my confidante Jo for coffee, she cautioned me that people were starting to gossip. We clearly hadn’t been as careful as we’d thought. Then the rumours became rife. We did our best to quash them by ignoring each other in public.

I went over to his house just a few more times when his children were at their mother’s, but I started to detect a distinct cooling-off on his part. His emails were fewer and he just chatted about the four-week holiday he was planning with his children.

Then he started ignoring my calls, stopped responding to my emails. I learned from other parents he and his brood had left for their break in France. Apparently, in the autumn, his children would be going to new schools.

I felt numb, then my grief gave way to unbearable devastation. I’d hide in the bedroom and sob uncontrollably, hoping my children wouldn’t hear me. I sat by my computer for weeks waiting to see his name flash up, but there was nothing.

It’s been nearly a year since I heard a word from him. I can only assume he’s moved away, far from me and the threat I posed to his reputation.

Ironically, he was always the one more worried about being found out — even though he was divorced and he’d initiated the affair.

And now I can see ‘an affair’ is all it was. I’ve packed away the floaty dresses and silk underwear and rejoined my family, accustomed once again to my husband ignoring or putting me down.

Only now, whenever things at home become unbearable, I retreat back in my mind to the romance that unlocked the young, carefree spirit that I discovered still inhabits my ageing body.