Grandmother Gives Birth To Her Own Granddaughter As A Surrogate

Grandmother Gives Birth To Her Own Granddaughter As A Surrogate 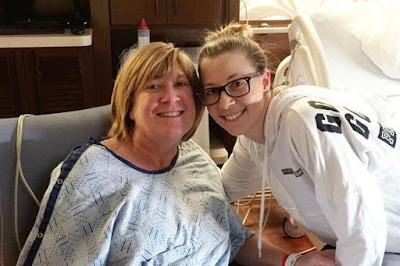 Looking at her reflection in the mirror, 55-year-old Tracey could see her baby bump taking shape beneath her T-shirt. She felt a flurry of excitement: I can’t wait to meet my baby granddaughter, she thought.

This was no ordinary pregnancy. Most mums make huge sacrifices for their kids, but Tracey, who works in a dental practice, had definitely gone the extra mile. When her daughter Kelley, 32, had suffered several gruelling rounds of IVF and three miscarriages, Tracey knew she had to do something to help.

Mother and daughter had always been extremely close, with Kelley preferring to stay by her side rather than go for sleepovers or nights out with her friends while she was growing up. Tracey watched her daughter blossom into a wonderful young woman, and was over the moon when she met the love of her life.

"When she met Aaron – who was the brother of one of her colleagues at the hair salon where she worked – in September 2009, I knew she’d found The One."


The couple got married three years later and Tracey felt sure there would soon be good news of a pregnancy.

"Seeing Kelley with friends’ babies, I saw how much she wanted to be a mum and I knew she’d be just great," explains Tracey.

But after trying for six months, Kelley and Aaron went for fertility testing in August 2013, and the couple were told that their chances of conceiving naturally were only 1%.

"My heart broke as I saw poor Kelley go through IVF and two miscarriages," says Tracey. "The doctors couldn’t work out what was happening. It was devastating when she miscarried a third time, losing her baby boy on Christmas Day 2014 when he was seven weeks."

Kelley and Aaron felt ready to go back to the doctor in January 2015 and took Tracey with them for support.

"I explained to the doctor that I just couldn’t go through another miscarriage. The idea of losing another baby like that was too painful to contemplate, so we talked about other options," says Kelley.

The doctor mentioned surrogacy and immediately Tracey asked if she might be a suitable candidate. She’d never thought about it before, but suddenly she knew it was right.

"I was desperate to help and had no fears about my own health, I just wanted
to make things better for Kelley and Aaron," says Tracey. "A lot of people are taking things easier by the time they get to my age, but when they needed my help, I didn’t hesitate.

My pregnancies with Kelley and her older brother Kyle had been smooth, but it would be awful to get Kelley and Aaron’s hopes up and then
for me to lose the child."

The family decided to go ahead with the necessary tests to see if Tracey was fit enough, and a month later they got the green light. Surprisingly, going through the menopause often doesn’t stop a woman becoming a surrogate – the use of donor eggs and hormone therapy mean that older women can still carry a baby.

"I couldn’t believe it when Mum offered to help us. Of course it was a huge thing,
and to start with I was worried for her health," reveals Kelley. "But after all the tests, it seemed she was in a great position to be a surrogate for us and I was so humbled that she offered to give us something so huge."

Tracey began taking hormones to get her body ready for an embryo to be implanted in March 2015. Seven days later, with a pounding heart, she did a pregnancy test.

"Immediately, I took a photo of the positive test and sent it to Kelley. She called straight away and we screamed and cried together as the realisation hit us – I was pregnant with my own grandchild!" Tracey smiles.

Kelley and Aaron came to all of Tracey’s appointments, and a month into the pregnancy Aaron came up with the idea of calling the baby Kelcey whether it was a boy or a girl – a mixture of Kelley and Tracey.

On the 4th January 2016, Tracey went into hospital and Kelcey was born via an emergency Caesarean two days later. Immediately, the baby was given to Kelley to bond with.

Tracey remembers the emotion of seeing her daughter and granddaughter together for the first time.

Now Kelcey is a boisterous 19-month-old who already knows that Grandma grew
her in her tummy.

Tracey says she couldn’t be prouder of carrying her little granddaughter, and Kelley reveals she’ll be forever in her mother’s debt.

"Mum and I were already close, but this has certainly given our bond a new dimension, and one that I’ll always be grateful for." 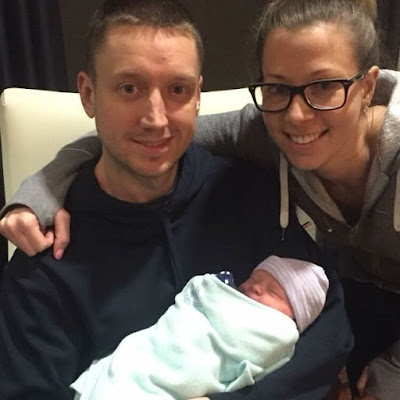