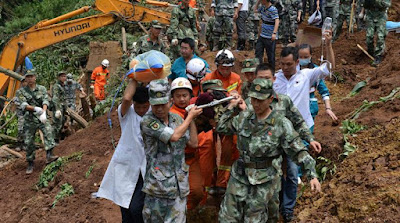 At least six people were killed and dozens more were missing early hours of this morning (sunday) after a massive landslide swept two buses off a hillside into a deep gorge in mountainous northern India.

The vehicles stopped for a tea break at midnight on Saturday in Himachal Pradesh state when tonnes of rock and mud swept away an entire stretch of highway roughly 200km from the state capital Shimla.

Six bodies were recovered so far but there were fears many more may have died, district official Sandeep Kadam said.

Rescue teams reached the scene but struggled in the dark and steep terrain with the army later joining the search.


"The other bus has been swept away, 800 metres down the steep hillside. We are not sure how many people were in this bus," Kadam told AFP news agency.

Local media reported 30 people were feared dead in the disaster, while other reports suggested an even higher death toll.

Several houses were washed away in the torrential rain that hit the Mandi region in the Himalayan foothills.

Landslides are common in the area during the monsoon season, which runs from June through September.

The area around the village has been deforested extensively, increasing its vulnerability to landslides. Similar deforestation and environmental damage have caused floods and landslides in other parts of India. Pretty sad! 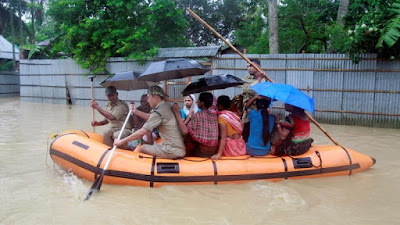 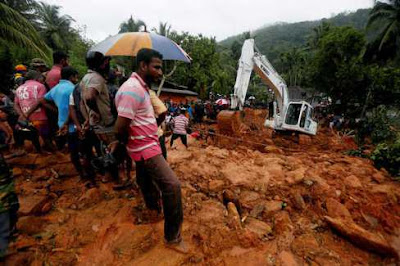