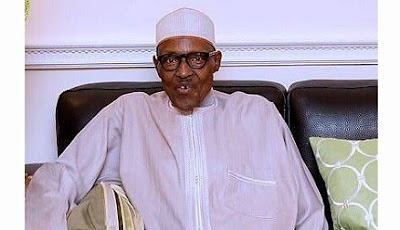 Some bishops have joined popular Nigerian musician Charly Boy to demand the resignation of President Muhammadu Buhari from office because of his ill health.

The bishops also reprimanded the Presidency for persistently refusing to disclose Buhari’s health status, saying they were in support of protesters in Abuja demanding the President’s resignation.

Since Monday, the ‘resume or resign’ protesters backed by Charly Boy had accused Buhari’s handlers of holding him captive.

The protesters had also advised the President to demonstrate his “touted integrity” by resigning from office as it was evident he wasn’t physically fit to carry on the number one job in the country.


Speaking yesterday at the second session of the Twelfth Synod of the Anglican Diocese of Owo, the Bishop of Owo Diocese, Church of Nigeria (Anglican Communion), Rt. Revd. James Oladunjoye, asked Buhari to resign and give room for another person to do the job.

The bishop said the situation whereby the President had spent several months abroad had not helped the country, adding that it was wrong to conceal his (Buhari) health status as he was no longer a private person.

Oladunjoye said, “We thank God for the President and for the way he had been ruling according to the law, but there is something wrong that we want him to address.

“He has been ill for so many months in his tenure and so, is it not proper for the country to know his health condition as he is no more a private personality?

“He is public property and if he is not strong enough to continue as the leader of this country, it is better for him to resign so that another qualified individual can take up the office legitimately.”

Speaking based on his personal relationship with Oladunjoye, the Bishop of the Ibadan South Diocese of the Anglican Communion, Rt. Revd. Jacob Ajetunmobi, said his counterpart at the Owo Diocese was speaking based on the experience he (Oladunjoye) had.

Ajetunmobi said Oladunjoye had had accidents which forced the latter to consider early retirement, adding that if a cleric could be forced to retire early because of his health, the President should also be able to do so.

However, Ajetunmobi advised Buhari that should he decide not to resign, he should not contemplate running for the second term.

Ajetunmobi said, “He (Oladunjoye) had separate accidents that led to him suffering from a broken hand. He had taken treatment in Nigeria but had to travel to the United States for more treatment. He is now being forced to retire early before turning 70 as a result of that.

“He is speaking from personal experience that if health challenge will not permit him to function properly in his position, he would rather resign.

“Acting President Yemi Osinbajo should be able to carry on with the administration of Nigeria. Buhari was one of those calling for late President Umaru Yar’Adua’s resignation then, but now, he knows that what goes around comes around. We should be careful what we wish others.

“Here, I am a bit more radical in my opinion, but it is much more complex than we think. There are underpinning theological positions involved.”

Asking Buhari not to consider running for a second term, Ajetunmobi said, “Buhari has about one more year to spend as President, but he should not think of coming back for a second term. The All Progressives Congress should think along and restructure its leadership or be ready to fail in 2019.”

Also, the Catholic Bishop of Auchi Diocese in Edo State, Most Revd. Gabriel Dunia, told a news outlet that while the Constitution was silent about how long the President could be away after transferring his power to the Vice-President, an honest leader ought to voluntarily declare his inability to continue in office (when he is physically unfit).