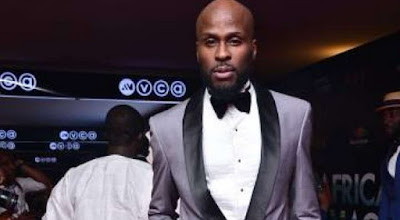 Rap artiste, Ikechukwu Onunaku shot into prominence in 2006 with his hit song, ‘My Name is Ikechukwu.’ Fast forward till date and the rapper is not as vibrant in the Nigerian music scene as he was over a decade ago.

However, it seems the rap artiste has discovered his passion for acting and like it is for him the music industry, his fan base as an actor seems to grow with each day especially after his role in the blockbuster movie, ‘The Wedding Party.’

In a chat with Saturday Beats, the rap artiste made it known that he was only expanding his horizon and not quitting music for acting. He said, “I don’t see why I should quit music for acting; I don’t even see why it should be considered. I see it as an expansion so I do not have to give one talent up for the other.


They are both expressions of the talent God gave me so I cannot even choose which I love the most between acting and music but one thing is for sure; I am not quitting either of the two great talents that I have.

‘The Wedding Party’ was not my first stint with acting. I was actually in the award winning short film titled, ‘The Wages.’ I also featured in ‘Gidi Up,’ Season 2.

I also featured in ‘Gbomo Gbomo Express’ and that was the project that made everyone believe I could act before I became a part of the cast of ‘The Wedding Party.’

I told Mo Abudu that I would love to work with her and when they were auditioning for ‘The Wedding Party,’ I was called. I auditioned twice and they invited me to be a part of the cast for the movie,”  he said.