Police After My Life, Widow Cries To IGP

Police After My Life, Widow Cries To IGP 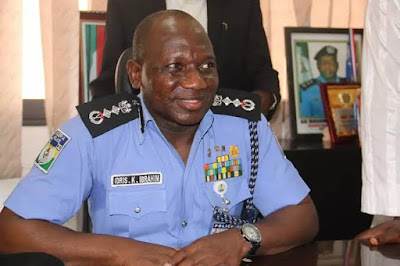 A 43-year-old widow, Mrs. Elizabeth Iheme, has called on the Inspector General of Police, IGP, Ibrahim Idris, to save her life, following alleged threats by policemen at the Force Criminal Investigations Department, Abuja.

The widow, who is a Sierra Leonean, but married to a Nigerian from Isuikwuato Local Government Area of Abia State, said her husband, who died at the age of 53, on December 4, 2016, at the Lagos University Teaching Hospital LUTH, left no Will.


She, however, alleged that after his burial, his siblings led by one Kachi Iheme ejected her children and her out of the husband’s new building in his home town.

The mother of two also disclosed that a few weeks after the burial, a Will emanated from her in-laws and a female lawyer, in Abia State.

She added that after the Will was read, she discovered that it had questionable contents. She said the Will stated that her husband’s property in Lagos State, which is located in Isheri Olofin should be sold off while the proceeds would be given to his siblings, an orphanage, and his friends.

The children and their mother were to be given a negligible portion of the proceeds. She explained that she was shocked when she read the contents of the Will, adding that it was prepared by her in-laws.

She added that she had been her husband’s next of kin, adding that they were married for 17 years while they courted for six years.

Mrs. Iheme, told Saturday Vanguard that she wrote a petition to the Police through the Force Annex Headquarters Alagbon, asking them to investigate the authenticity of the purported Will.

She said the police, at the General Investigation Department, Alagbon discovered after the investigation, which included forensic auditing, that the said Will was fake as the signature on it did not match her husband’s signature.

She said: “We gave the Police my husband’s documents which had the signature he used in the banks and they discovered that the Will was fake.

They arrested the lawyer who claimed my husband gave her the Will on his sick bed. She was detained in police custody at Alagbon.

The police even took her to court 48 hours later and obtained a remand order to keep her in custody pending when her trial would commence at the Federal High Court, Ikoyi.

‘’But some policemen came from Force CID and told me that I was under arrest for using the police to intimidate and harass a lawyer. I explained to them what was happening and they left me and returned to Abuja. Two weeks after that another set of policemen came looking for me.

This time they were led by a Woman Deputy Superintendent of Police and I was told that they were from Homicide Section of the Force CID. I wasn’t at home when they came, but my son who saw them said one of his uncles were with them.

The lawyer, who ought to be in police custody, has been released. I have been receiving threatening calls from different people. Some even came to my house and wrote that the house is not for sale on the walls.

They also damaged my vehicle tires. I am currently on the run because I don’t know what these people have against my children and I. I am calling on IGP Idris to come to my aid and save me from death.”