Hollywood Sweetheart, Hally Berry Reveals She Once Lived In A Homeless Shelter

Hollywood Sweetheart, Hally Berry Reveals She Once Lived In A Homeless Shelter 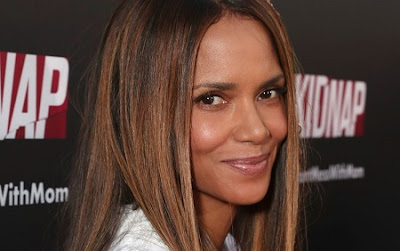 Hally Berry has revealed she once lived in a homeless shelter. The Hollywood actress also admitted her mum refused to give her money while she was staying there, but now thanks her for it.

The Oscar-winning star said she had a "rough" period in New York City before she found fame.
While modelling in Chicago as an 18-year-old, she was convinced to take up acting by a teacher and she made the move to New York where she soon ran out of cash.

"I called my mother and I asked her to send me some money and she said no. And that subsequently led to a year of not speaking to her because I was so upset that she wouldn't help me," she told People magazine.

"But again that was probably one of the best things she did for me."
She said her mother told her to work it out and she did, getting a job as a waitress and then a bartender before her acting career kicked off.