Many Feared Dead In Boko Haram’s Fresh Attack In Adamawa

Many Feared Dead In Boko Haram’s Fresh Attack In Adamawa 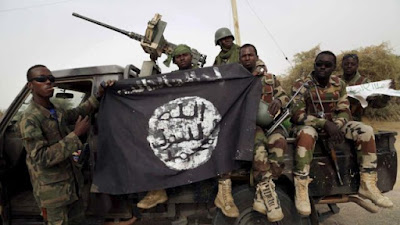 Many people were feared dead on Thursday in a fresh attack by Boko Haram Islamists in Ghumbili community in the Madagali Local Government Area of Adamawa.

The attack comes a few days after a similar incident in a neighbouring village in the Local Government, known as Mildu, where seven people were killed by the insurgents.

Confirming the attack, the Chairman of Madagali Local Government Council, Mr. Yusuf Muhammed, told newsmen that the attack lasted from 11 p.m. on Wednesday to 3 a.m. on Thursday.


Muhammed said that the exact number of dead and injured people had yet to be ascertained and that villagers who escaped the attack were currently taking refuge at Gulak, the headquarters of the council.
But the Spokesman of the Police Command in Adamawa, Mr Othman Abubakar, who also confirmed the attack, said that no life was lost.
He said, however, that houses were destroyed in the attack–the latest in a string of deadly blows on mainly soft targets in Nigeria’s troubled northeast.
Speaking on the development, the Executive Chairman of the Adamawa State Emergency Management Agency, Mr Haruna Furo, said that only one person was killed and that many houses were destroyed.