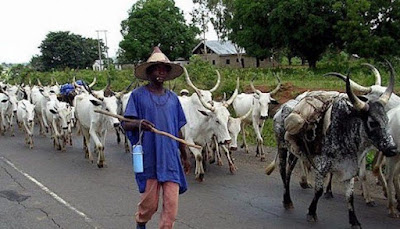 Three persons were killed in a renewed crisis between Fulani herdsmen and farmers at Akpagodogbo, in Otukpa Local Government Area of Benue State.

Sources told Punch correspondent that the crisis, which started late hour of Wednesday, lasted till Thursday morning, leading to several persons being injured.

It was gathered from locals in the community that the crisis was triggered when cows strayed into people’s farms and destroyed their crops.

The farmers were said to have mobilised themselves and chased away the herdsmen and their cows.

Some of the herdsmen were said to have run into police station in the community, but  they were chased away by youths who joined the angry farmers.


“The problem started around 4.00pm when cows strayed into the farmlands at the time farmers were still working in their farms. This infuriated the farmers and they chased away the cattle and the herdsmen.