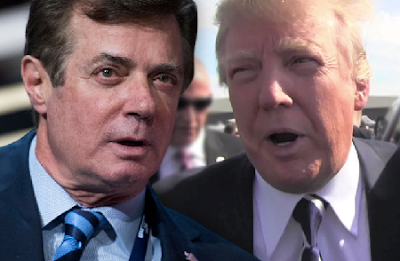 According to The Washington Post, President Donald Trump's ex-campaign manager’s home has been raided! A predawn raid was carried out at his home by FBI agent.

The raid reportedly went down the day after Manafort met with the Senate Intelligence Committee, which is also investigating Russia.

Manafort, was one of a handful of people including Donald Trump Jr. and son-in-law/adviser Jared Kushner who took part in a 2016 meeting with a Russian lawyer allegedly offering dirt on Hillary Clinton.