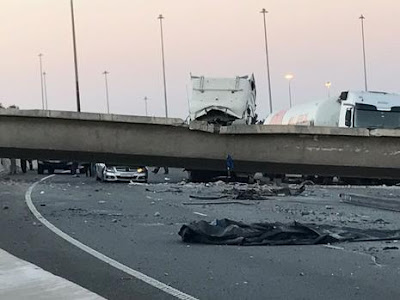 Five people were injured, one of them critically, in the early hours of Wednesday when an overhead pedestrian bridge collapsed onto passing cars along the N3 freeway in Germiston, Ekurhuleni.

A female passenger survived after being trapped inside the cab for about two hours while rescue teams battled to extricate her out of the wreckage.

The South African National Road Agency (Sanral) said on Wednesday that its engineers and emergency services were at the scene where the overhead pedestrian bridge collapsed.


Engineers were already trying to ascertain the cause of the bridge collapse, Sanral said.

Other roads linking to it has now been closed. 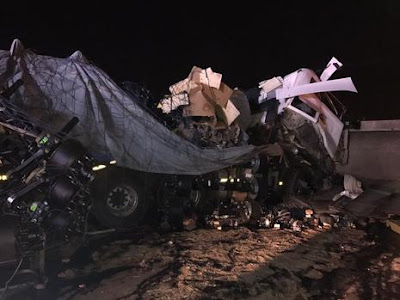 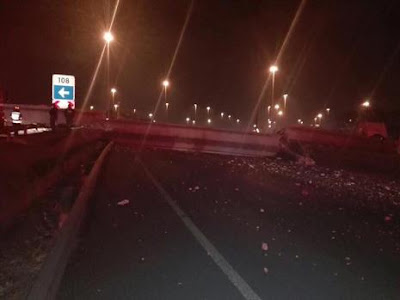 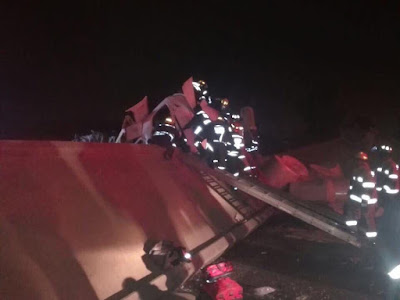