Are Liam And Miley Already Married?

Are Liam And Miley Already Married?

Speculation about his upcoming nuptials to Miley Cyrus has been swirling for months. And Liam Hemsworth, 27, has prompted more chatter after he was spotted wearing what appeared to be a wedding band while spending time with Miley's mother Tish Cyrus on a Kentucky farm over the weekend.

Dressed in a casual singlet and shorts, it was hard not to notice that the Hunger Games star donned a thick gold band around his left ring finger.

However, TMZ says Liam and Miley have not yet been married, and that Liam's ring was nothing more than a false alarm.


It was revealed in January 2016 that the couple had reunited and that their engagement was back on. 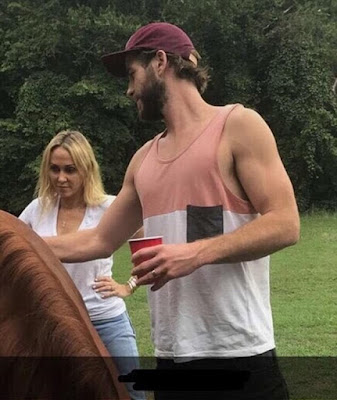