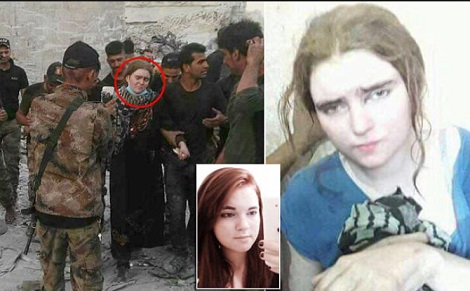 Harrowing footage has emerged of the moment a petrified 16-year-old ISIS bride is captured in the ruins of Mosul. German teen Linda Wenzel was captured in the war-torn city by Iraqi troops after running away from home to join ISIS last summer.

In the newly released footage, she can be heard screaming as she’s surrounded by smiling soldiers who grip her by the arms and lead her away. The crowd can be heard whooping and jeering in the background as she cries and tries to wriggle free.

It's believed the young girl is being held for questioning over terrorism offences and could face the death penalty in Iraq for membership in IS.


If she is executed she would be held until she was 22, according to the country's laws.

If she returns to Germany, it's possible that she may face 10 years in jail for supporting a terrorist organization.

Linda was among 20 Islamic State followers seized after the city fell following a 10 month battle which left 25,000 Jihadists dead and Iraq's second largest city a sea of devastation.

The young girl spoke out for the first time since her disappearance last week, saying she desperately wants to be reunited with her family in the small eastern German town of Pulsnitz.

Linda fled her home near Dresden a year ago, flying from Frankfurt to Turkey before making her way to Syria.

She was said to have fallen in with ISIS offshoot groups through speaking to extremists via internet chat rooms before being smuggled into Iraq.

Radicalised in Germany, she changed her name to Mariam and sometimes posted photos of herself wearing a headscarf.

Linda was said to have been unhappy at home and turned to Islam.

She soon began engaging with ISIS followers in the Middle East in internet chat rooms and was under the observation of German intelligence officials suspected of plotting a serious crime against the state when she fled abroad.

Linda's mother said at the time she vanished: "She got a proper brainwashing. I hope we can get her back."

Linda’s father, whose name was only given as Reiner W, learned of his missing daughter’s whereabouts on the radio as he was working on the construction of a German highway.

“I had a breakdown where I heard that Linda is alive,” he told German paper Bild.

“I so much wish that my Linda will come home healthy again.

"I will always be there for her.”

Many teens that join ISIS are lured by a fantasy, which is surprisingly mundane - a big house, nice car, medical care, servants and a devoted husband.

But the reality is starkly different - with rapes, vicious beatings and watching violent killings a part of their daily lives.

She was caught in a tunnel system in Mosul with other women, some of whom wore suicide vests and had automatic weapons.

They said the girl had a gunshot wound on her left thigh and another injury on her right knee that she said was caused during a helicopter attack.

Among those detained were also women from Russia, Turkey, Canada and Chechnya. All were seized during military mopping-up operations last Thursday. 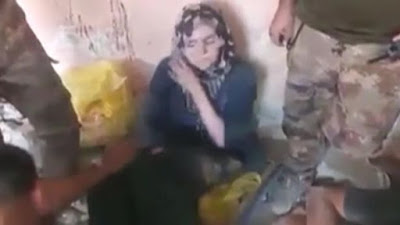 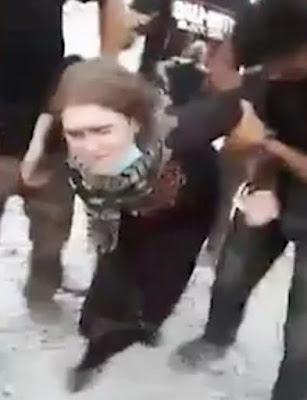 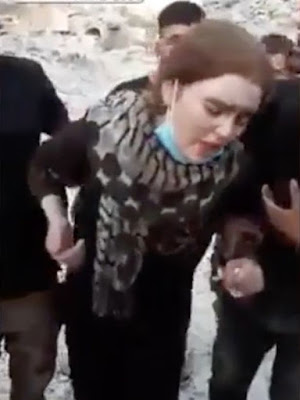