Their Souls WIll Rot In Hell, Dogara Reacts To Anambra Church Massacre

Their Souls WIll Rot In Hell, Dogara Reacts To Anambra Church Massacre 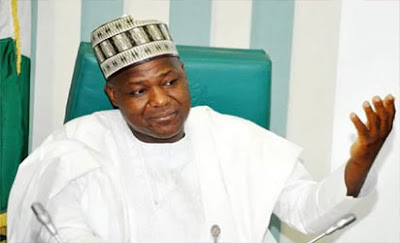 Speaker of the House of Representatives, Yakubu Dogara, has described Sunday's attack on worshippers in a Catholic church in Anambra state as abominable,  barbaric, inhuman, and the height of wickedness.

Scores of worshippers were murdered by gunmen  inside a Catholic church in Ozubulu in Anambra State. The shooting is said to have occurred during church service while worshipers were still inside the church building on Sunday morning.

In a statement issued by his Special Adviser on Media & Public Affairs,  Mr. Turaki Hassan, the Speaker said his heart is broken by the sad news of the massacre of innocent worshippers in cold blood by people he described as " sons of perdition whose souls will rot in hell."


"Have we lost our humanity? Where is the place of sanctity of life and sacredness of worship places in our society? What offence did the worshippers commit to warrant their massacre in cold blood by wicked souls and heartless men?"

The Speaker lamented that increasing insecurity is reducing Nigeria to the state of nature as life is increasingly becoming cheap.

He again reiterated his call for the overhaul of Nigeria's policing architecture that will lead to reform of the Police Force, equip them with modern and sophisticated gadgets so as to discharge their duties of protecting lives and property effectively, and ensure social order in the society.

Dogara further called on security agencies to fish out perpetrators of the heinous crime and bring them to justice speedily.

He extended his heartfelt condolences to families of the victims, people and government of Anambra state, Nigeria and the Catholic Church over the sad and unfortunate incident.