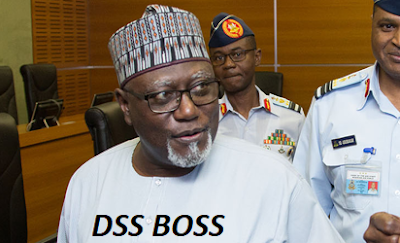 Onwuka, who addressed journalists in Enugu with members of his group, declared that the “interim government”, which would run for 30 days beginning from August 1 was a prelude to the “full declaration of Biafra Republic on September 1, this year”.

He claimed he had secured the support of the United States to declare “Biafra and form government”. Onwuka named himself as the President and would go by the title Biafra Zionist President.


He also announced his would-be cabinet members, with the President-General of Ohanaeze Ndigbo, Chief Nnia Nwodo, as Biafra Ambassador to the United Nations; Prof. Jerry Gana as Minister of Transportation; Prof. Patrick Utomi as Foreign Affairs Minister; while Israel would retain Defence, Internal Affairs and Agriculture as well as 25 per cent of the civil service positions in Biafra.

Further named were Prof. Chukwuma Soludo as governor of the Central Bank of Biafra (CBB); Mrs. Aruma Oteh as Minister of Finance and a former Personal Secretary to the late former Biafran leader Dim Chukwuemeka Odumegwu Ojukwu as Minister of Petroleum.

But indications Friday night revealed that the Department of State Services (DSS) was planning those named by Biafra Zionist Federation (BZF) as “interim government cabinet members and some prominent Nigerians for questioning.