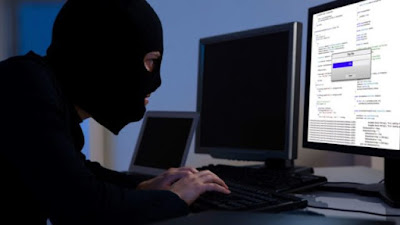 Federal authorities have charged a Nigerian living illegally in North Carolina with using a computer phishing scheme to steal tax information from thousands of teachers in Connecticut and Minnesota and using the information to collect fraudulent federal tax refunds.

Daniel Adekunle Ojo, 33, was charged Thursday in Durham, N.C., with fraud and identity theft and accused him of duping school systems in Glastonbury, Groton and Bloomington, Minn.

The FBI cyber-crime squad and IRS agents in New Haven identified Ojo in connection with a broader investigation of what are known as "phishing emails" that were sent to a variety of school districts in Connecticut earlier this year. Such email communications are usually drafted to appear as official requests for personal identifying information.


In the case of Glastonbury, federal officials said that in February an employee of the town school system received an email — created to appear as if it had come from an assistant to a school system administrator — requesting W-2 tax information for all system employees.

"I want you to compile and email W-2 copy of 'All employees' wage and tax statement for 2016. Kindly prepare and attach the lists in PDF file type and email them to me for review as soon as possible."

It appeared to have been sent from the address [email protected] Kim Dalton is the executive assistant to Glastonbury's assistant school superintendent.

The recipient replied with the tax information of about 1,600 employees.

Not long after the tax information was disclosed, the IRS received 122 Forms 1040 filed electronically in the names of the Glastonbury victims of the phishing scheme. The tax returns sought $596,897 in refunds. The IRS processed six of the returns and issued $36,926 in fraudulent refunds that were deposited by electronic transfer in a variety of bank accounts around the country.

Ojo is accused of hitting the Groton school system in March 2017. A school system employee received an email from school superintendent Michael H. Graner that read:

"I need W-2 Copy list of 'all employees wage and tax statement for 2016. Kindly prepare and attach the lists in PDF file type and email them to me for review as soon as possible."

The employee delivered tax information for about 1,300 employees. Soon after, 66 Forms 1040 seeking $364,188 in refunds were filed with the IRS in the name of Groton school employees. No refunds were issued because the IRS had flagged the returns as suspicious.

A similar scheme was used in Minnesota.

The criminal complaint against Ojo says he used common commercial email accounts to pull off the scheme. It also suggests he was working with others around the country and was coached on how to compose the phony email requesting tax information.

Authorities said an examination of an email account linked to Ojo showed it contained completed tax returns believed stolen from accountants around the country. A legal filing in the case said the IRS is reporting an increase over the last year of tax-related documents from accounting firms.

Federal authorities tracked Ojo through a SMS number — a number associated with the text messaging function on his telephone. They said the same number was listed on a non-immigrant visa application as a telephone number issued to Ojo, who obtained a six-month visa in December 2015 to visit family in New York.

The investigation also showed four petitions have been filed with U.S. immigration authorities this year in an effort to help him obtain legal immigration status. The petitions listed a contact address in Durham.

Ojo was presented in federal court in Greensboro, N.C., and is being held while awaiting transfer to Connecticut for prosecution.