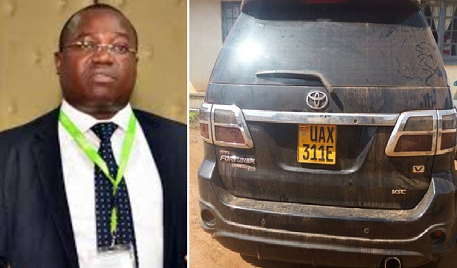 The Uganda Police Flying Squad have intercepted a car in which suspected killers of Kenyan Deputy Director at the Independent Electoral and Boundaries Commission (IEBC), Christopher Chege Msando was travelling.

Three suspects, a Kenyan national and two Ugandans have been detained.

The suspects have been identified as Mathew Butia a Kenyan national, and Mr Joseph Okongo and Moses Goloba both Ugandans.


It is reported that the suspects entered Uganda through Malaba border post in Tororo District and were heading to Juba, the capital of South Sudan.