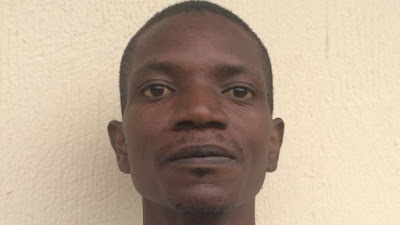 "If I talked about it, I would have been separated from the people. Even those who treated me would not have shaken my hands."

Stephen Kigoma was raped during the conflict in his home country, the Democratic Republic of Congo.

He described his ordeal in an interview with the BBC's Alice Muthengi, calling for more survivors to come forward.


"As a man, I can't cry. People will tell you that you are a coward, you are weak, you are stupid."

"They killed my father. Three men raped me, and they said: 'You are a man, how are you going to say you were raped?'

"It's a weapon they use to make you silent."

After fleeing to Uganda in 2011, Stephen got medical help - but only after a physiotherapist treating him for a back problem realised there was more to his injuries.

He was taken to see a doctor treating survivors of sexual violence, where he was the only man in the ward.

"I felt undermined. I was in a land I didn't belong to, having to explain to the doctor how it happened. That was my fear."

Stephen was able to get counselling through the Refugee Law Project, an NGO in Uganda's capital, Kampala, where he was one of six men speaking about their ordeal.

But they're far from being the only ones.