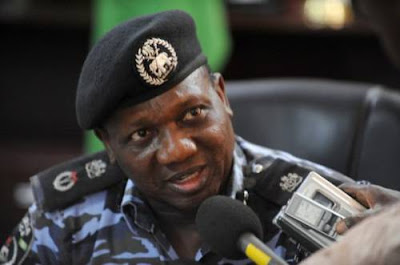 The Inspector-General of Police, Ibrahim Idris, has described the incessant cases of kidnapping in the country as a complex task for the police to tackle.

Idris identified shortage of police manpower and the building of schools and houses in isolated areas as some of the factors that made kidnapping a difficult crime to tackle by the police.

The IG spoke during a courtesy visit to The Punch Place, headquarters of Punch Nigeria Limited on the Lagos-Ibadan Expressway yesterday.

Responding to a question about kidnapping and killings by a notorious cult called Badoo, Idris said the police were working on improving security in the coastal areas between Lagos and Port Harcourt, the Rivers State capital, by acquiring more gunboats for patrol.


He, however, added that their job had been made more difficult because of the choice of some people to build houses and schools in desolate areas, especially in the bush.

He said, “We are trying to improve and enhance how we deal with criminality in the coastal areas, not only Lagos, but from here to Port Harcourt and one of our strategic plans is to better equip our marine police.

“We are trying to acquire more gunboats so that we can be very effective and visible in these coastal areas — somebody will build a school in an isolated bush. That is why we said when you are looking at criminality, you have to also look at some factors and try to address those factors as a whole and not always point at the police.

“There is a limit to what we can do; if you go and build your house in the bush, we are talking of personnel, you cannot put policemen in every school. If we do that, we are going to have a problem in addressing other issues.

“There are some basic utilities that a school requires — closed-circuit television cameras. Put some things there to fortify the school. If the location is bad, make sure you fortify the school. You can have a security department; hire more security men on the ground. But nobody looks at some of these factors.”

The IG also noted that more attention should be paid to dealing with delay in criminal trials in courts and factors that push youths into crime.

Speaking on the continued detention of an alleged kidnap kingpin, Chukwudumeme Onwuamadike, a.k.a. Evans, who had yet to be charged to court, Idris said the police deserved “credit” for the arrest, while promising that the suspected kidnapper would be given a fair trial.