I Am APC Member “Body And Spirit’’ - Saraki

I Am APC Member “Body And Spirit’’ - Saraki 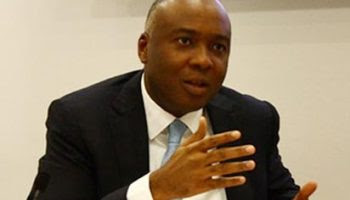 The President of the Senate, Bukola Saraki, said contrary to insinuations, he was a full member of All Progressives Congress, APC, and remained there “body and spirit’’.

Mr. Saraki said at the News Agency of Nigeria Forum in Abuja that the speculations were part of the mischievous activities against him and urged the public the discountenance them.

He said that those spreading such information were doing so as propaganda for the Peoples Democratic Party, PDP.

Mr. Saraki, however, blamed the development on inactivity in the APC, saying that the party’s leadership had failed to focus it properly.


He, therefore, charged the National Executive Committee, NEC, of the party to wake up to its responsibility as it had remained without activities for too long.

The president of the senate said that the docility in the party was giving room for unfounded allegations against some of its members.

According to him, if the party had organised regular NEC meetings and other caucus meetings, there would have been enough activities to determine who the true members are.

“I think there is no APC member that will tell you he is happy with the state of affairs of the party; there is a lot of work that we need to do.

“The party that hasn’t met for a long time, it’s beyond comprehension and I think that we should all quickly put that in order and start to get NEC, caucus and others going.

“We need to start early to get the drive in the party back.