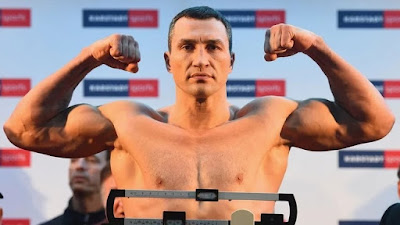 The Ukrainian, 41, was knocked out in the 11th round by current champion Joshua at Wembley Stadium in April.

"I have achieved everything I dreamed of, and now I want to start my second career after sports," said Klitschko. The two-time former champion, who held the unified title from 2006-2015 before losing to Joshua's fellow Briton Tyson Fury, ends his career with a record of 64 wins and five defeats.

"I would have never imagined that I would have such a long and incredibly successful boxing career," he added.