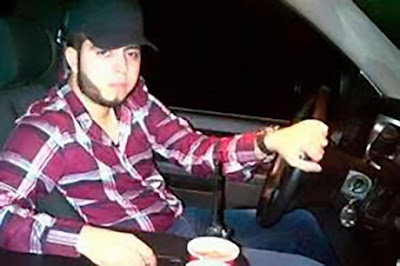 EL Chapo’s godson flaunted his wealth on social media with shots of flash cars, golden guns and even pet tigers before handing himself in.

Damaso Lopez Serrano’s Instagram page was awash with vulgar displays of his allegedly ill-gotten gains.
The infamous drug lord’s close associate has fled Mexico and handed himself into US police after a brutal leadership battle within the Sinaloa Cartel.

Taking to social media to show off, the high profile narco posted numerous images of gilded weapons, pricey motors and stacks of cash and drugs.


He was also shown in the company of exotic animals like tigers he is presumed to have kept as pets.

Cops seized the family friend of Joaquin “El Chapo” Guzman after he crossed the border into California following a fight with a rival gang.
He allegedly wanted to lead the infamous Sinaloa Cartel after Guzman was captured by United States authorities.

Guzman’s imprisonment opened up a power vacuum in the north of Mexico with rival factions fighting for control.

Serrano, whose nickname was Mini Lic, is believed to have headed up a gang called “Los Antrax”.

They were allegedly battling against a group called “Chapitos” which means the children of “El Chapo”.

Rival gangster El Mayo Zambada is said to have been very close to victory in this battle. 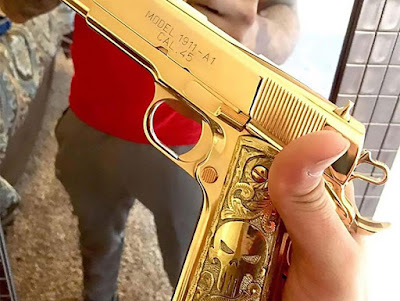 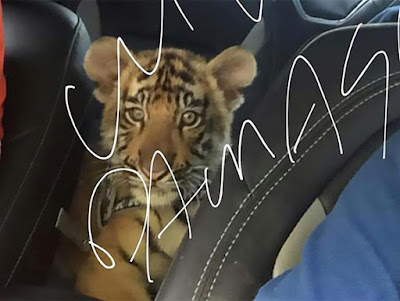 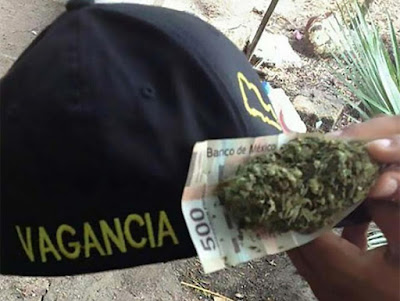 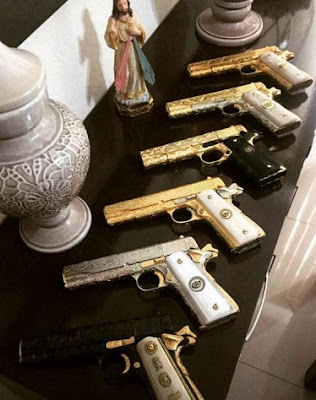 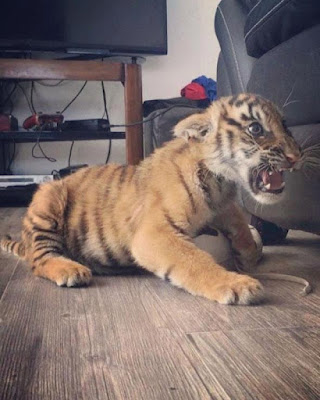 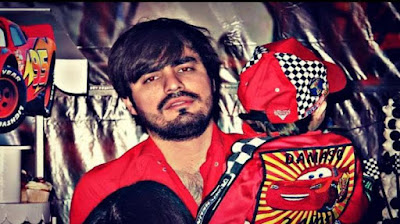