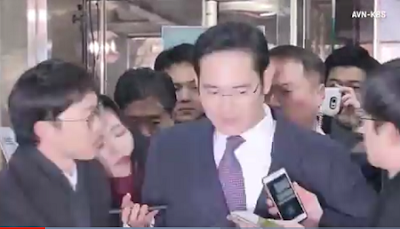 Jay Y. Lee, vice chairman of Samsung Electronics Co., rejected allegations that he paid bribes to a friend of South Korea’s former president to secure support for a key merger.

Testifying for the first time in his graft trial, the 49-year-old said a 2014 meeting with then-President Park Geun-hye lasted less than five minutes while a pow-wow the next year didn’t discuss Samsung’s corporate restructuring.

The billionaire heir to South Korea’s biggest company has been in detention since February and is the highest-profile business figure drawn into a scandal that led to the removal of Park.


Prosecutors have zeroed in on meetings between Lee and the former South Korean leader, alleging they colluded to get a state-backed pension fund to support a merger of Samsung affiliates in return for financial favors.

Among the allegations is that Samsung provided an $800,000 horse and financial support for the daughter of Park confidante Choi Soon-sil at the former president’s behest.