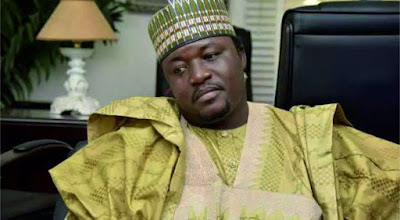 The coalition of Northern Group said in Abuja yesterday that the October 1, 2017 ultimatum given to Igbo living in the North to vacate the zone remained.

The coalition, which is made up of 16 different groups, spoke at a meeting it held with a former Governor of Abia State, Chief Uzor Kalu. The leader of the coalition, Mr Shettima Yerima, restated the group’s position during the meeting.

He said though the groups in the coalition had held meetings on the ultimatum, they had yet to lift the quit notice.


Addressing a joint press conference with Kalu and some leaders from the South-East, Yerima however, said the coalition was holding consultations with stakeholders across the country with a view to reviewing its position.

While acknowledging that they had been meetings to douse tension in the country, he said, “I do not also remember specifically saying we are going to finally withdraw the quit notice. No, certainly not. We have not.

But we said, within the week, we are going to make a statement.”

He, nevertheless, assured Nigerians that there was no cause for alarm as he expressed the coalition’s belief in a united Nigeria.

The coalition’s chairman said he and his colleagues were concerned about the unity of Nigeria and would not allow it to be threatened.

He added, “It is only those who are blind that will say the unity of this country is not being threatened. But you have prominent Nigerians like him (Kalu) who have shown a lot of worries over this situation.

“To us, we strongly believe that Nigeria is for us and Nigeria belongs to everybody and we are all equal in this project.

“We will not in any way accept anybody who wants to undermine the unity of this country. We want those who want to remain and who believe in the unity of Nigeria to remain.

Kalu called on southerners living in the north not to entertain any fear.

He said he would soon meet with the leader of the Independent Peoples of Biafra, Mr Nnamdi Kanu, and other Biafran agitators.

Kalu regretted that the agitation for the creation of Biafra had affected the Gross Domestic Product of the South-East, saying neighbouring countries like Cameroon, Chad and Niger had stopped patronising the zone.

While noting that the diversity of Nigeria was its strength, the former governor stressed that all parts of the country were equally important as they contributed in the same way to its well-being.

He advocated restructuring and called on the people in the north not to see it as being against its interest.

Kalu said, “Restructuring does not mean breaking the country. There are certain things we have outgrown. We need to address the issue of how our economy should be run so that the masses, the poor people will benefit from efforts of government.”