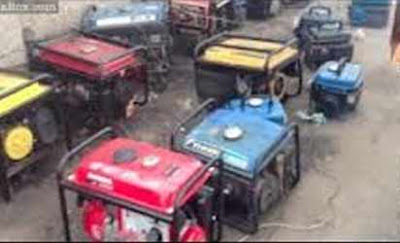 The industrial settlement of Obajana area of Kogi State has been thrown into mourning following the discovery of the decomposing bodies of a man, his wife and two children in their building.

The man was identified as Mr. John Oluwasegun Ayodele. The family of four was suspected to have been killed by fumes from a generator mounted in the house.

The late Ayodele was reported to have been last seen on Friday, July 28, 2017. Apprehension reportedly set in when the deceased was not seen by his neighbours the following day.

Tension heightened over his continued absence till Saturday evening, with calls to his mobile phone unanswered. His cousin, Richard Asaje, said the family had gone to check on him at home following the stench that was emanating from Ayodele’s house.


Consequently, policemen from Obajana Division were alerted and when the door was forced open, the decomposing bodies were discovered.

Asaje explained that the generator fume was suspected as the cause of death.

“The incident happened between Friday and Saturday. It should be around 12am of Saturday.

“He put a generator inside his toilet and locked the door. The house is a concrete building and it was discovered that he locked the window.

“Unfortunately, we never knew something had happened the second day, so we forced the door open following the stench emanating from the house.”

The deceased’s cousin said their remains had since been deposited at the Kogi State Specialist Hospital, Lokoja.

“The husband should be around 35, but the wife is less than 30 years. The daughter that died was around four years and the last born, a boy, was about three months old.

“To us as a family, it is a shocking thing; but there is no suspect because their deaths were caused by the fume of the generator. It has indeed thrown the family into serious mourning mood,” Asaje noted.

He said the victims would be buried on Friday, August 4, 2017 at Obajana Cemetery.

“The Divisional Police Officer went to the place and evacuated the bodies to the mortuary.

“The cause of death is yet to be ascertained. It is the autopsy that will ascertain the cause of the death,” Aya said.

Meanwhile, the Kogi State Government has sent a team to Obajana to investigate the circumstances that led to the death of the family of four.

Speaking about the issue, the Commissioner for Environment Kogi State, Mrs. Rosemary Osikoya, said in Lokoja that the ministry would liaise with other agencies in the sensitization of the public on the dangers of carbon dioxide in the environment.

“Looking at it from the environmental point of view and the circumstantial evidence available, when a generator is put in an enclosed place  if what we hear is correct –fresh air will be locked out. So, that could lead to poisoning.

“But until the investigation is complete, there may not be much we could do other than to sensitize the public that it is dangerous to put generator very close to where people are sleeping.”