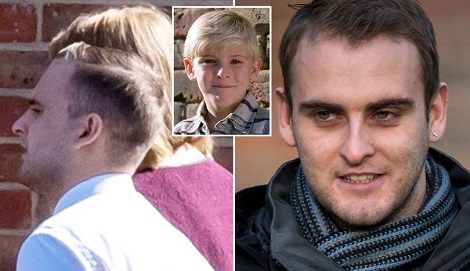 A former EastEnders actor is to stand trial accused of sexually abusing four teenage girls. Joseph Shade, 24, who played Peter Beale in the soap from 1998 to 2004, denies 11 counts of sexual abuse.

The youth worker is accused of sexual offences against four girls aged between 13 and 17, with the alleged offending taking place between 2012 and 2015.

Shade, of Cliff Road, Sheringham, Norfolk, is to appear at Norwich Crown Court on Tuesday for a trial, which is estimated to last five to six days.


He was charged with all 11 counts in October last year following an investigation by Norfolk Police's Child Abuse Investigation Unit.

At a 10-minute hearing in December 2016, Shade's barrister asked for his trial to be held as soon as possible, but July 31 was the earliest date available.

However, yesterday's trial start was postponed until today.

Shade left EastEnders in 2004 and fell out of acting, reappearing on the small screen just once in 2012 in archived footage for the Farewell Pat special, dedicated to Walford icon Pat Butcher.