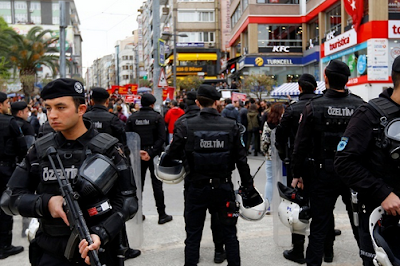 In a statement, the ministry said 831 of those were detained for suspected ties to the U.S.-based Muslim cleric Fethullah Gulen, whom Ankara blames for orchestrating an attempted coup in July. Gulen denies any involvement.

It said another 213 of those were suspected of links to the outlawed Kurdistan Workers Party (PKK), which has carried out a three-decade insurgency against the government and is considered a terrorist organization by the United States, Turkey and Europe.

Forty-six people were detained over alleged links to Islamic State, while 8 more were held for suspected ties to "leftist terrorist groups", the ministry said.