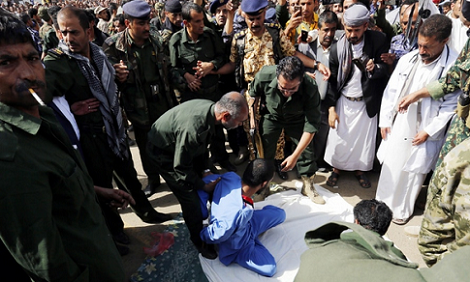 Thousands of people gathered in the rebel-held Yemeni capital today, Monday July 31, to witness the public execution of a man convicted of raping and murdering a three-year-old girl.

Mohammed al-Moghrabi, 41, was sentenced to death for the June 25 rape and murder by a court run by the Shi'ite Houthi rebels who control Sanaa.

Moghrabi was first given 100 lashes and then made to lie flat, his face on the ground, and killed by multiple gunshots by security forces to cheers from the crowd.

The public execution was widely aired on Houthi-run media in Yemen, framed as an example of the Shi'ite rebels' efforts to combat crime in their areas. 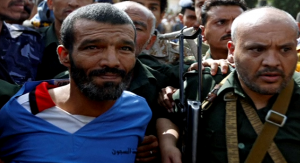 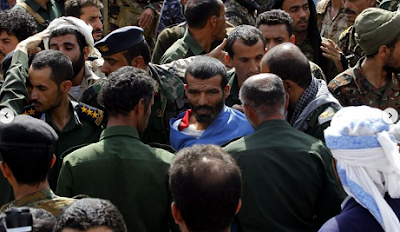