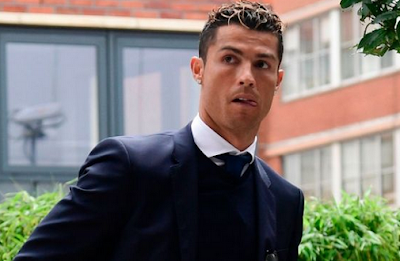 Footballer Cristiano Ronaldo has appeared at a Spanish court where he is facing allegations he evaded millions in tax.He appeared this morning.

The Real Madrid star, 32, has previously denied the allegations, saying his "conscience is clear".

Ronaldo is the latest in a string of footballers to be pursued by the Spanish tax authorities.

Argentina's Lionel Messi, who plays for Barcelona, was handed a 21-month prison sentence after being found guilty of the same charge last year.

Earlier this month, the court ruled he could pay €252,000 in place of jail time.

Ronaldo spent an hour-and-a-half giving evidence to judges at a court in the Madrid suburb of Pozuelo de Alarcón.

Immediately after his pre-trial hearing, he left without saying a word o journalists.