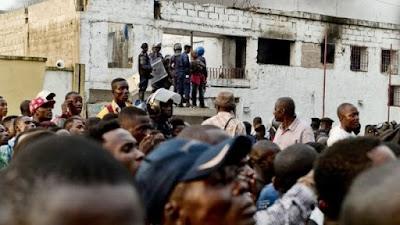 At least one person was killed and an estimated 20 inmates escaped in a prison break in Democratic Republic of Congo's eastern city of Bukavu today, the mayor said.

The break is at least the sixth in Congo since May and underscores how insecurity has grown since President Joseph Kabila refused to step down at the end of his mandate last December.

The inmates escaped after an unidentified person threw a grenade inside the prison, Mayor Philemon Yogolelo told Reuters.

"The guards are right now counting the prisoners to know if the number of fugitives needs to be adjusted," Yogolelo said. The prison population is ordinarily around 1,000. A visitor to the prison was killed and four others wounded when prison guards opened fire, he added.