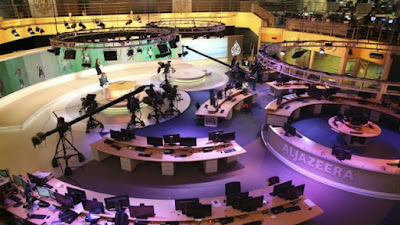 Prime Minister Benjamin Netanyahu said he would look for ways to shutter the presence of satellite news station al-Jazeera in Israel, accusing the Qatar-based channel of inciting violence.

In a Facebook post Wednesday night, Netanyahu said he had asked law enforcement authorities to shut down the station’s Israel offices a number of times.

“Al-Jazeera has not stopped fomenting violence around the Temple Mount,” he said, referring to escalating tensions surrounding Muslim protests against Israeli security measures at the holy site.

There were put in place following a July 14 terror attack in which three terrorists shot two Israeli policemen to death with weapons they had smuggled onto the compound. Israel shut the site for two days and re-opened it with new security arrangements including metal detectors and cameras.


Netanyahu said that he would turn to lawmakers to have al-Jazeera’s Jerusalem office shut down if it was not closed “because of legal interpretation.”

“I will act to legislate the needed laws to remove al-Jazeera from Israel,” he wrote.