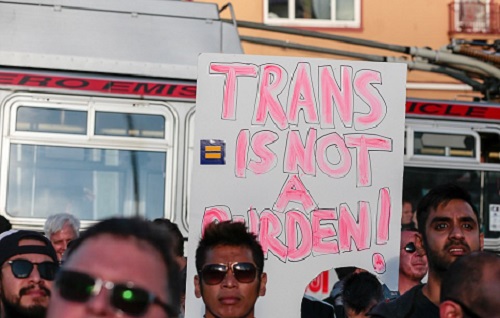 Hundreds of angry protesters took to the streets of New York City, Washington, DC, and San Francisco yesterday night after President Donald Trump announced his shocking ban on transgender people serving in the armed forces, calling the cost of transgender healthcare in the military as a 'burden'.

Demonstrators waved pink and blue flags and held signs bearing slogans: 'Trans lives are not a burden.' As they took to the streets and gathered in front of the plaza, they could be heard chanting: 'Stand up! Fight back!'

A transgender woman who identified herself only as Layla addressed the crowd and said she's tired of being told who she can or cannot be, and asked for others in the LGBTQ community to support trans people as they fight for respect.


Doug Thorogood and Nick Rondoletto, a couple from San Francisco, waved a rainbow flag and held a sign that read: 'The only reason transgenders are being banned from the military is for bigotry.'

'Haven't transgender people gone through enough? I'm over it!' Thorogood said, as they marched with the crowd from the Castro neighborhood to City Hall.

'When (Trump) goes for the people with the least rights, I just can't sit back and let that happen,' Rondoletto added. 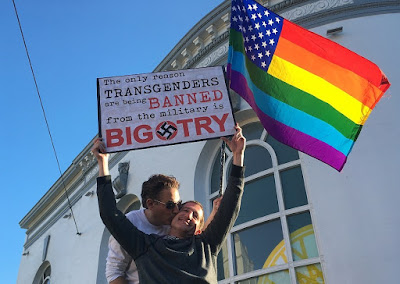 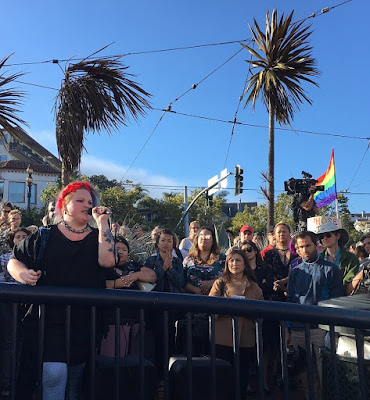 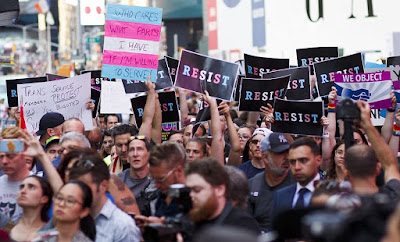