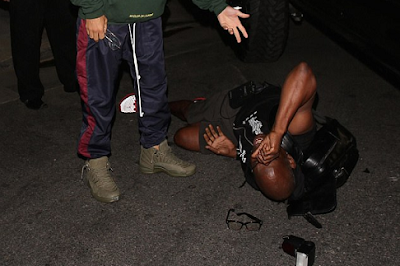 Pop star Justin Bieber has accidentally hit a photographer with his pickup truck after leaving a service with the Hillsong Church group in Los Angeles, police say.

The 23-year-old was seen trying to help the man to his feet after he fell to the ground beside the vehicle outside the Saban Theatre on Wednesday night.

Pictures show the 57-year-old photographer lying on the ground and clutching his leg while the singer talked with police and bystanders. The incident occurred after the singer was leaving the church service.

According to abc7, Kourtney and Khloe Kardashian were also at the service but were not involved in the collision. Beverly Hills police Lt Scott Dowling told the New York Daily News that the collision had taken place at 'extremely slow speed' just before 9.30pm local time.


Justin was driving his black Dodge Ram out of the street parking space and turning right when the collision occurred.

He hit the photographer in the knee and he fell to the ground.

Justin immediately stopped his truck and climbed out of the cab, walking around the front to find the snapper lying on the ground beside it.

The man was clutching his leg and crying out in pain, although the extent of his injuries were not immediately apparent.

His camera equipment and baseball cap lay scattered on the ground beside him, while one shoe had partially come off.

The photographer later told Justin that he was fine and joked with the singer that something was bound to happen at some point.

Whatever his injuries, they didn't appear to be life-threatening as his fellow photographers simply stood around snapping more pictures.

As Justin spoke to the man, he  didn't appear to look too concerned as his offer for a hand up went ignored.

One ambulance, a fire truck and ten police cars arrived on scene, and Justin spoke to authorities before going inside the church.

The photographer, meanwhile, was taken to hospital with minor injuries. 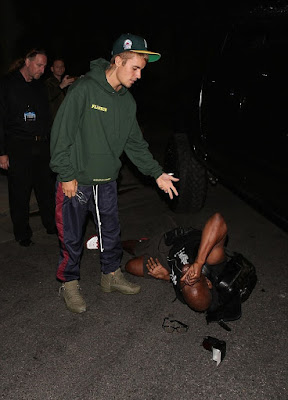 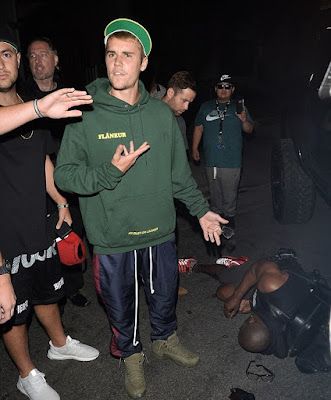 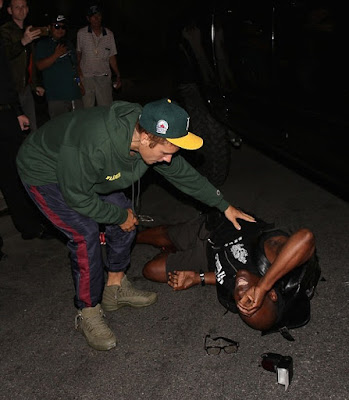 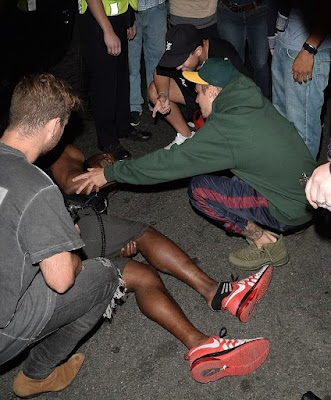